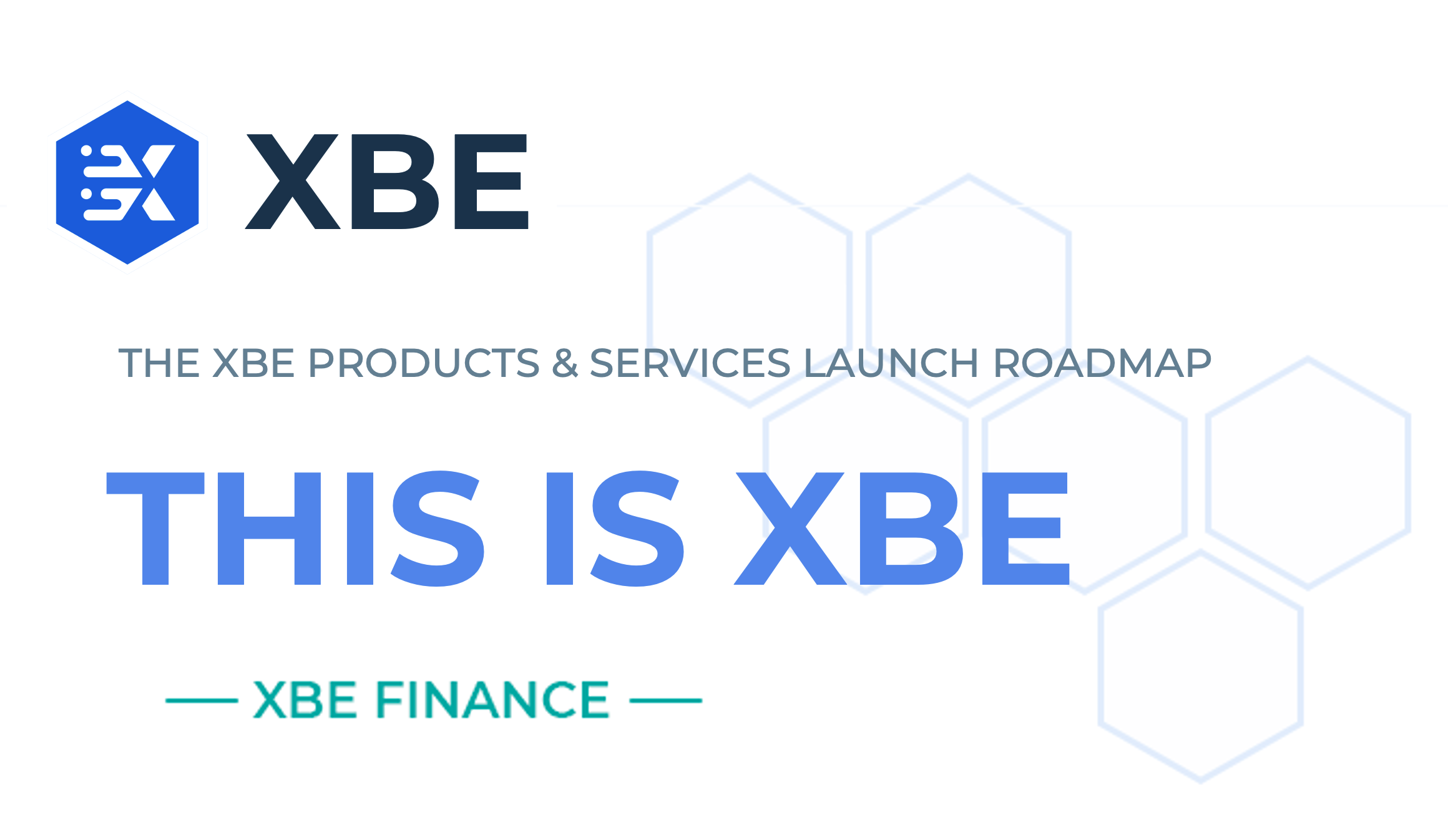 The XBE Launch Roadmap covers the products and services from protocol launch up to the XIV, on the journey to integrated finance.

XBE has set out to integrate the functions of Financial Securities, FIAT services, and Decentralised Finance in a complementary protocol that bring the best of the three worlds together to create greater value for each, while allowing users from their respective worlds to maintain the level of risk and privacy that they are used to and prefer.

The difficulty lies in not challenging the "comfort zones" of each respective audience - but rather creating solutions that feel familiar and fit into an existing frame of reference.

The XBE Protocol is now launching it's foundational contracts, and this writeup aims to help users understand how the various contracts fit into each-other, and what services they offer as additional products are launched.

To achieve all this, the protocol is launching over the following 4 phases:

As always, the respective launches will happen when product is ready - so please note that the below timelines are simply internal targets and are entirely subject to change.

Phase 1 is currently in final testing and will launch early in the week of 23 August with user guides and build-up information being released from this weekend already.  We will ensure that there is at least a full day fair warning for the community to get their liquidity ready before the rewards start.
‍
Phase 2's first products should be out around 15-20 days after Phase 1 launch, with more Phase 2 features added over a period of approximately 4 - 5 weeks.  Phase 3 initiates once the Phase 2 launch has completed, and the full Phase 3 rollout is also expected to take several weeks.  Phase 4 will launch thereafter.

For those dying for more detail, each phase is unpacked in the sections below.  Also just a note that we will be migrating all XBE specific content like this to the coming xbe.finance website at launch.

The foundation of the XBE protocol is the XBE Emissions Minting Contract that generates approximately 27.4 new XBE per day over 2 years which will be used as basis to reward XBE stakers, and incentivise various XBE products and services that will generate protocol income, and promote liquidity and trades on the respective XBE pools.  The minter will also unlock an additional 5,000 new XBE tokens between months 18 and 24 to reward loyal XBE stakers that take advantage of the "23 month bonus lock-up" initiative running for 30 days from launch.

The Daily Reward Allocator directs the newly minted XBE each day towards the specific initiatives that need incentive rewards, sending a % to XBE Staking Rewards, a % to each of the Custom LP Reward Staking Contracts, and as services launch in future a further % to the respective Helper Contracts and a couple other planned incentivised services.  We will share the exact breakdown of how much XBE is allocated to each at launch.

The XBE Staking Rewards take care of the complexity of lockups, bonding, veXBE and boosted earnings!  The process is quite involved:

To incentivise XBE liquidity and trading volume the Soft Launch LP staking rewards will be allocated to XBE / ETH liquidity pool on Sushiswap (and possibly one more...) and LP tokens will NOT be locked - meaning you could withdraw your pool liquidity at any time.  It is important to note that unlike rewards claimed from staking XBE, XBE rewards claimed from the respective LP staking reward contracts are automatically staked to earn further XBE rewards, and bonded in the process (remember your LP tokens are never locked - this only applies to the earned XBE rewards you claim from the LP staking contract).  New users that stake their LP tokens for XBE rewards will therefore automatically be exposed to XBE Staking Rewards when they claim, and if they choose to unbond their earned XBE they will keep earning staking rewards on it throughout the 5 day unbonding process before they are unstaked (withdrawn) to their wallet.

There is a large market of users around the globe who have not yet entered DeFi, and are looking for a simple way to engage and explore the opportunities it offers.  Core to them succeeding is the ability to on-board from FIAT directly into DeFi, without having to first go through a centralised exchange.  This is the primary mission of the XBE protocol's partnership with a prominent FIAT on-ramp partner that offers a range of entry options (from card transactions to wire transfers) that suit most new users.  The same infrastructure provides a route for DeFi (and tokenised securities) users to offramp their portfolio into FIAT and remit the resultant funds through the traditional finance system. The system charges users that onramp and offramp a small spread fee which is paid at specific intervals to the protocol as income, and added to the protocol revenue distributor.

The core of PHASE 2's launch is a DeFi focussed service that rewards the staking of LP tokens from very specific pools, to provide DeFi users great reward rates on their liquidity and staking portfolio, and is supported with an on-chain reward referral program to attract a diverse range of users to the protocol.  Referral rewards are deducted from the protocol fees on the earned liquidity rewards, ensuring that users are not comparatively penalised in their rewards when they register under a referring user (meaning there is no decrease in rewards for being referred vs not being referred) - instead the protocol earns the unclaimed referral rewards from users that have not been referred.  Both these mechanisms have been designed to adapt to the liquidity protocols of the specific networks the contracts deploy on, to ensure a seamless fit with Layer 1 and the respective Layer 2s as they are launched.

Fees from all the respective protocol revenue streams are aggregated to an XBE buying contract that executes open market buys through the respective XBE pools at (randomised) intervals.  The purchased XBE is then paid out as additional XBE Staking Rewards and distributed to XBE Stakers according to their boost multipliers as an additional reward over and above the share of daily new XBE emissions launching in PHASE 1.  As protocol revenues grow it is envisioned that the amount of new XBE emissions allocated to XBE Staking Rewards can be reduced and redirected to incentivise even more new XBE products and services, and assist the protocol as it grows to eventually sustain itself just by its revenues!

PHASE 2 aims to attract serious DeFi users looking for sustainable rewards on their portfolio, and as such the DeFi liquidity incentivised at launch will be more conservative and expand over time to attract an even wider audience as the protocol grows.  As this develops, more sophisticated XBE services such as the "Easy XBE" onramp and "XBE AutoFarm" offramp will be introduced to help the XBE ecosystem mature and regulate the demand and supply spikes associated with mercenary (locust) farmers of inflationary tokens.

With the PHASE 2 products fully operational, it's time that the veXBE (generated from locking XBE tokens) start flexing their VOTING power on a regular basis to select what kind of securities the protocol should support; what liquidity should be incentivised; and direct how much of the daily XBE emissions is distributed to the respective LP Staking and Helper Rewards, XBE Staking Rewards, EasyXBE/AutoFarm Incentives, and to the first PHASE 3 product to launch: VOTING REWARDS which will ensure incentive for voting participation on protocol proposals!

As regulated securities markets are evolving new permissioned tokenisation models, exciting new possibilities are emerging which requires a new and collaborative approach for tokenised securities in DeFi.  The XBNFT Factories are therefore opening up the NFT minting and support contracts the protocol has been developing to a large audience of securities owners that want to tokenise their financial instruments on public networks - enabling owners of Debts and Equity securities alike to participate in the larger DeFi ecosystem!  Through on-chain attestation and integration readiness for emerging regulated tokenised securities markets, the contracts facilitate a suite of complex functions that give new utility to securities portfolios.  Naturally the fees generated from the use of these contracts contribute to protocol income, further growing long term sustainability.

This LAUNCH will bring the protocol to realise the audacious vision of integrating the multi trillion dollar securities market with decentralised finance, in a truly decentralised model that protects the unique risk and privacy expectations of the respective (and often diametrically opposed) users!  Underpinning this is community VOTING incentives that drive active participation in decentralised decision making to determine the securities the protocol supports, the liquidity and products/services that are incentivised, and how the balance of daily XBE emissions are deployed - in a regulatory compliant and censorship resistant way.

On top of the fully deployed protocol sits the XIV as the pinnacle and final culmination of all the products and services launched across the preceding phases.  Institutional users with portfolios of supported tokenised securities will finally be able to deploy their NFTs directly to the XIV, which uses the respective XB Factories to generate rewards through a range of strategies involving the respective LP staking reward contracts as voted by the community.

This is all supported by the XB Factories' on-chain attestation and liquidation services (on supported markets), and maintains the shared reward split to keep incentivising new strategies and community participation to create an easy to use, self-sustaining reward solution for institutional users looking to expand their portfolio into DeFi.

This is the picture we are working towards with the launch of all 4 PHASES:

Thank you to everyone who has been patiently waiting as we design, build, tinker, test, integrate, and audit over and again!

The PHASE 1 Contracts and UIs are being put through their final paces at the moment, and the XBE SOFT LAUNCH is planned for anytime between middle of this week and early next week (whenever the product team gives the ok!) so hang on to your hats!!

We will announce protocol go-live with the launch of the new xbe.finance website, a message on our telegram channel, and follow it up on twitter - so keep watching those socials. 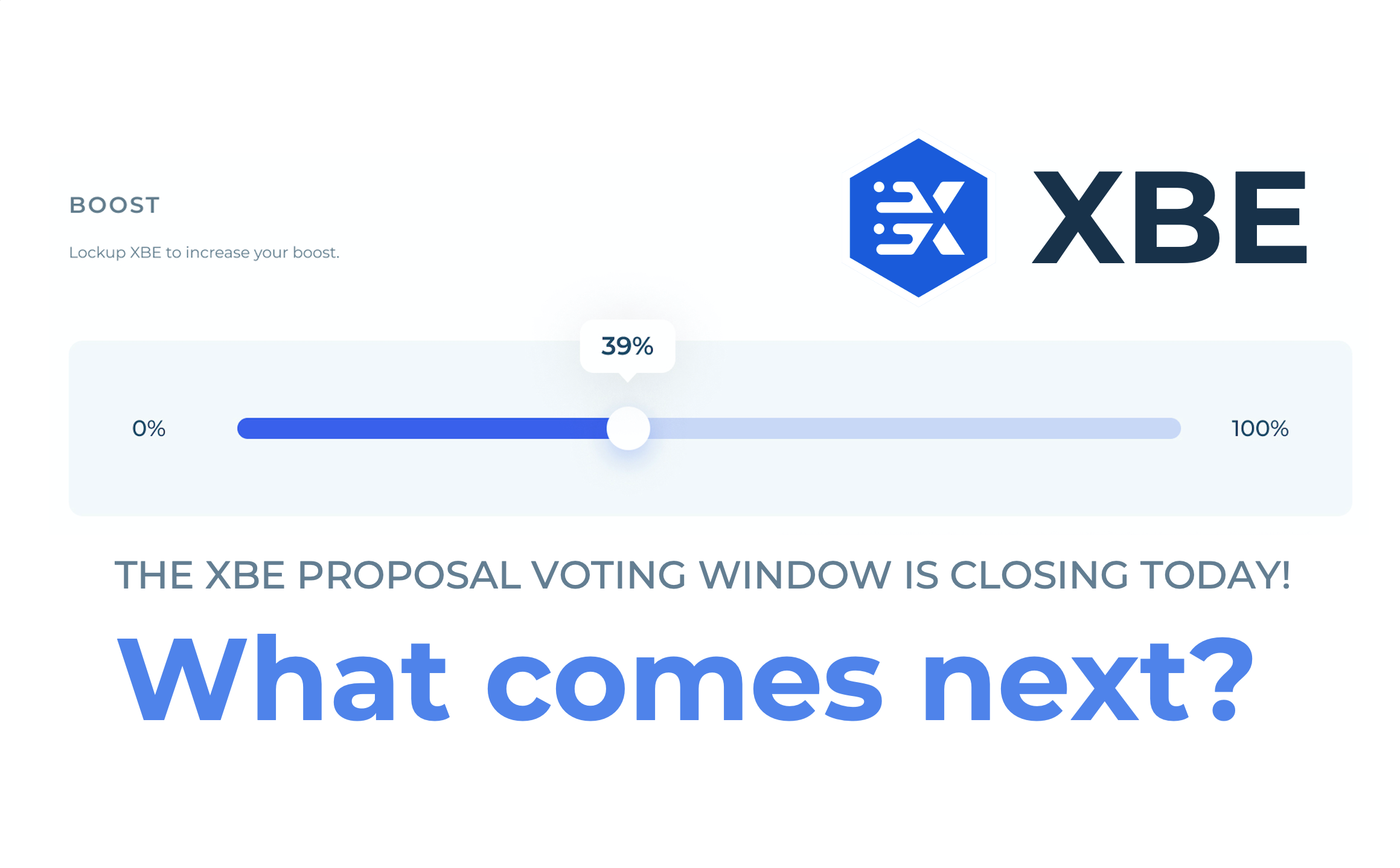 XBE vote almost over! Where to next?

If you haven't yet voted on the first XBE protocol upgrade proposal, you still have time till later today! 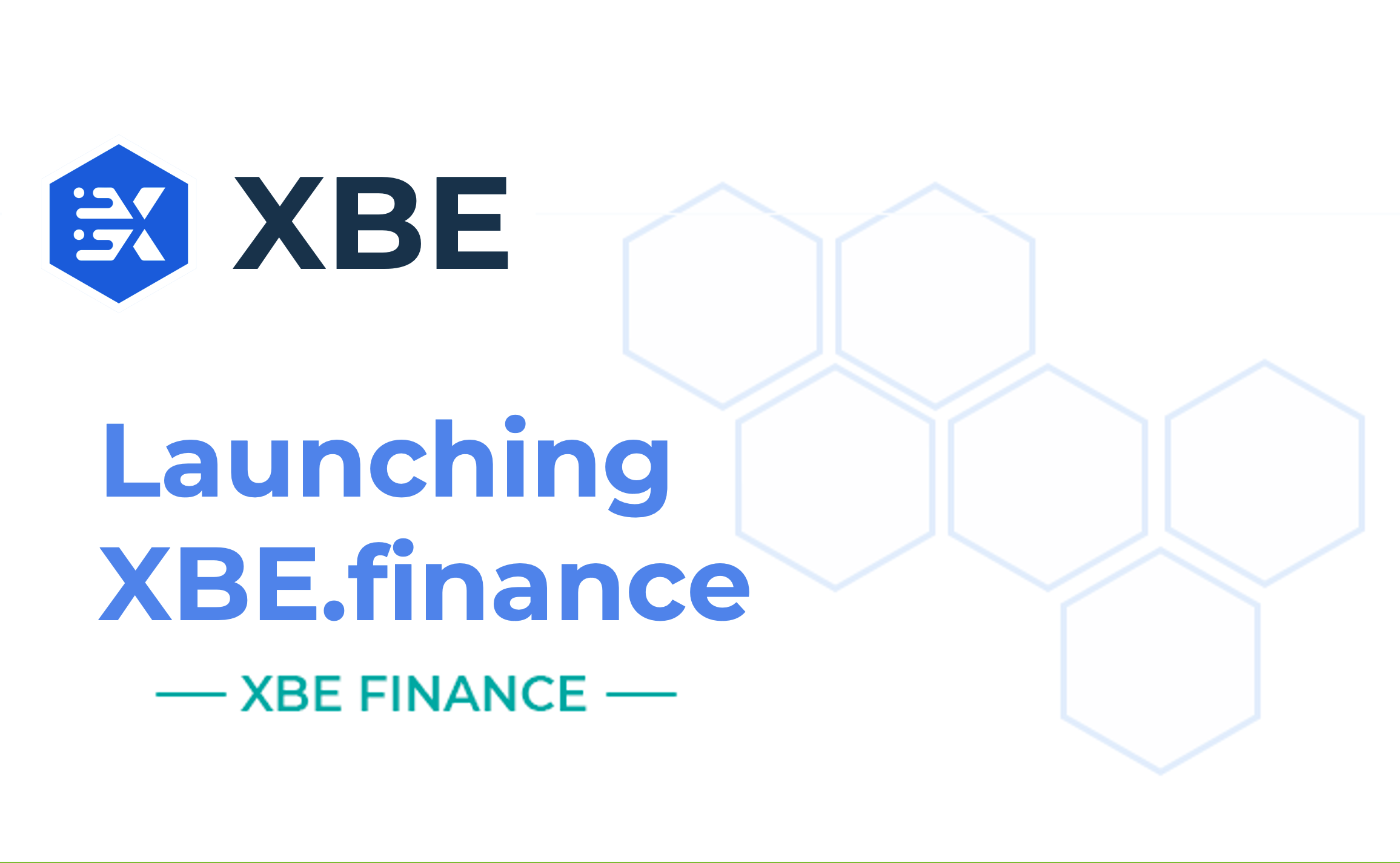 We've wanted to reveal the details of our upcoming XBE.finance launch for some time now, and we are now finally ready to share! 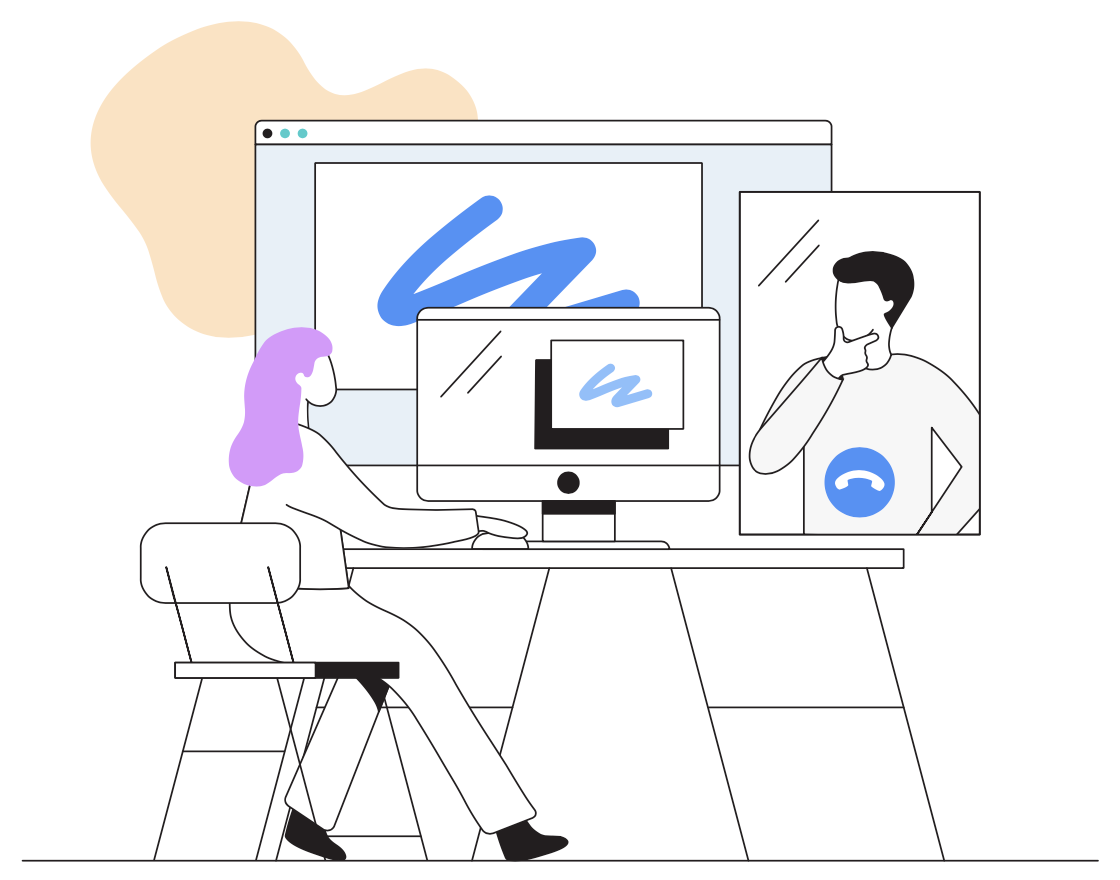 How does the EURxb keep "peg" with the Euro?

How does the EURxb stablecoin meet both the utility and redemption requirements in order to perform the function of a currency?