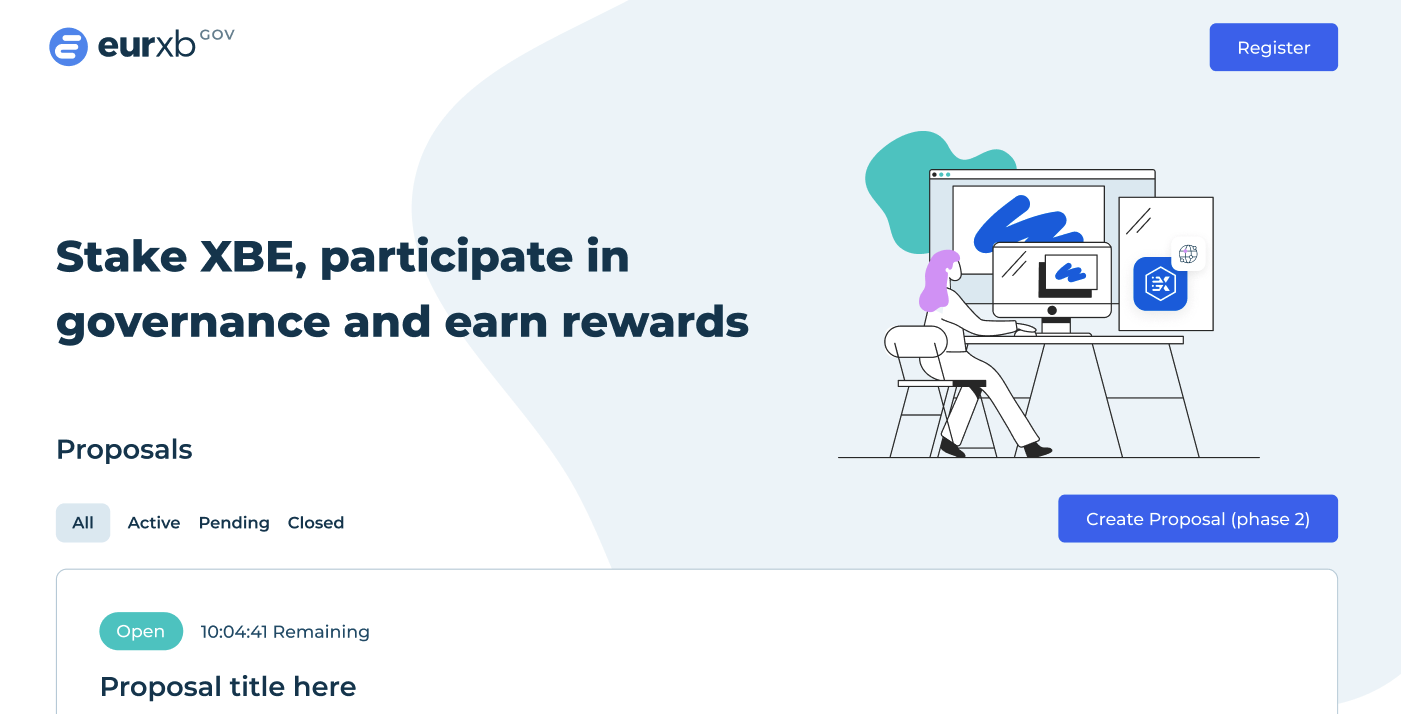 XBE Governance staking contracts are live - with forums for voting, and an easy to use interface coming soon!

We are really proud to announce that the XBE governance contracts which allows our community's governance token holders to stake their XBE tokens, was recently successfully deployed!

This is the first step in our vault strategy, and a very important part of the protocol deployment and development plan.

At the same time we have also deposited the full 3000 XBE held apart for the community to manage into the Community Treasury Wallet (Gnosis multisig wallet). Currently, the 6 signers to this multisig are the core members of the EURxb.Finance team, with more being added in future.

The contract addresses are as follows:

You can verify the contents of the gnosis safe wallet anytime over here.

The governance forums are also nearly complete, and will be launched early next week, followed shortly afterwards with the governance UI.

While the more DeFi savvy members of the community can already interact directly with the contracts in order to stake their XBE to vote, the launch of our governance UI will allow any XBE holder easy access to view, propose and vote on proposals.

‍We could not resist sharing a sneak peak of the coming UI below!

For those who might be wondering, you will be able to withdraw your staked XBE tokens at any time, except for a ~3 day lockup period (depending on block times) that is initiated every time when a user (who has staked XBE) votes, or claims from distributed rewards.

We look forward to seeing the community being able to make and participate in proposals, and important discussions and debates about the future of the EURxb.finance protocol in the near future!

In the meantime, we encourage those who can interact with the contracts directly to stake their governance tokens whenever they like. 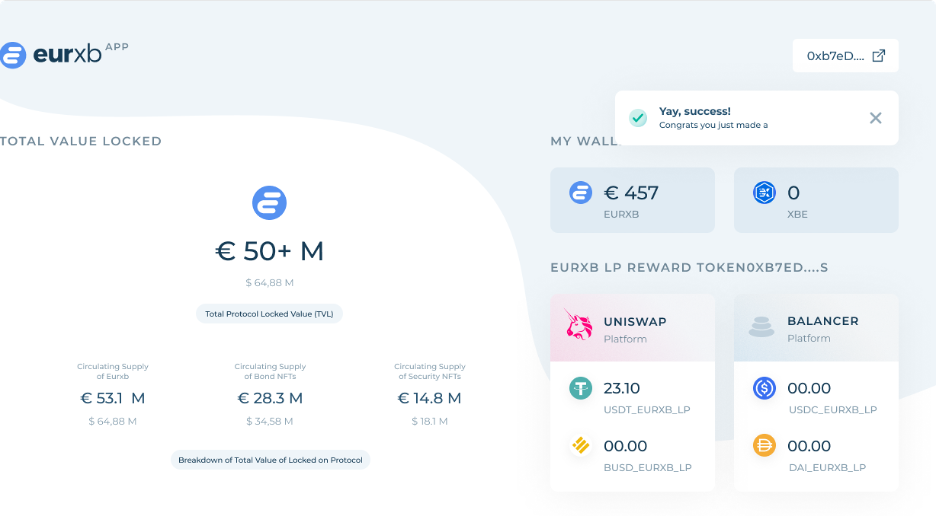 Get oriented with EURxb's DeFi app that connects you to EURxb trading pools, the atomic swop liquidity module and the XBE distribution! 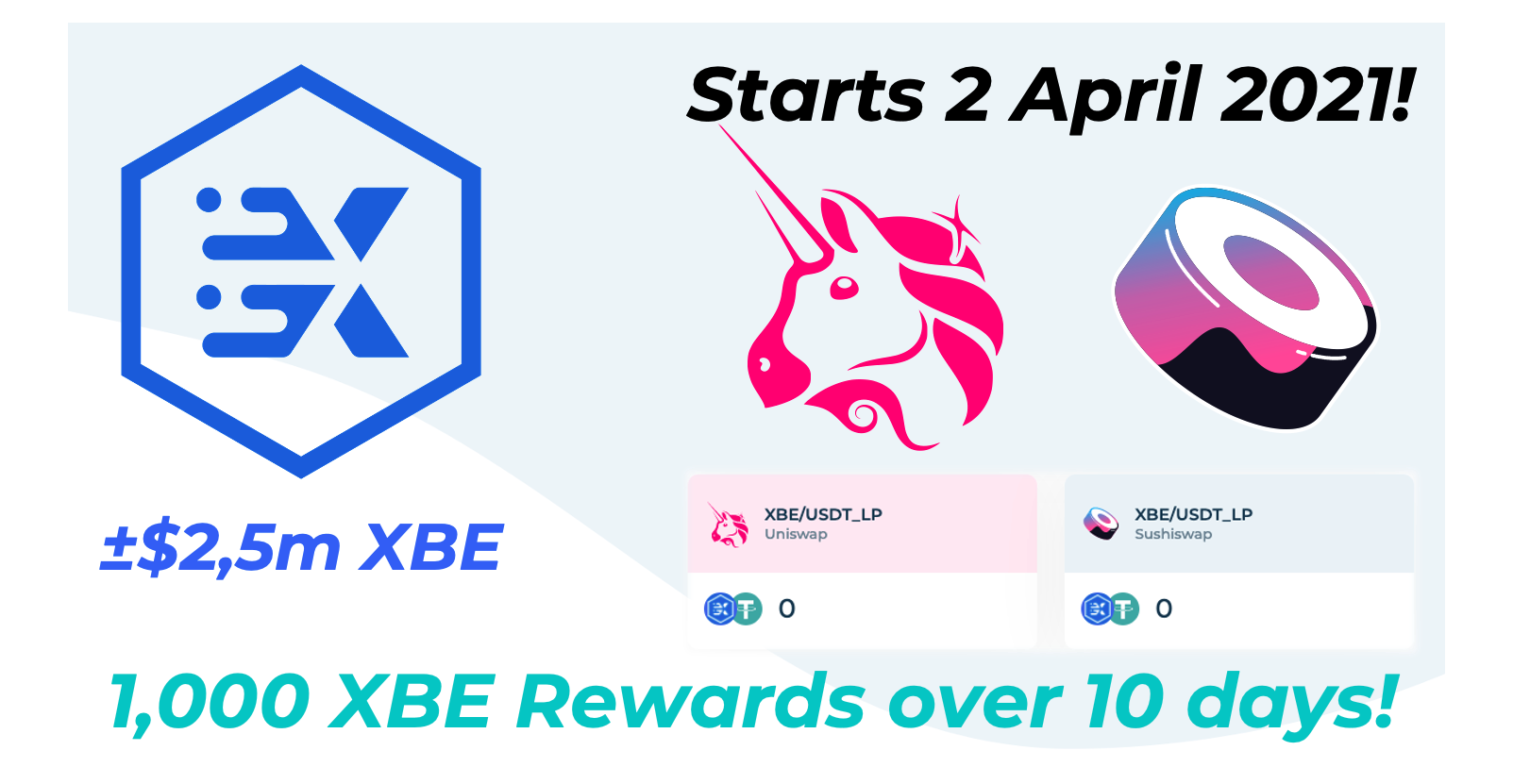 This event has been successfully completed and earned rewards can now be claimed and withdrawn together with LP tokens. 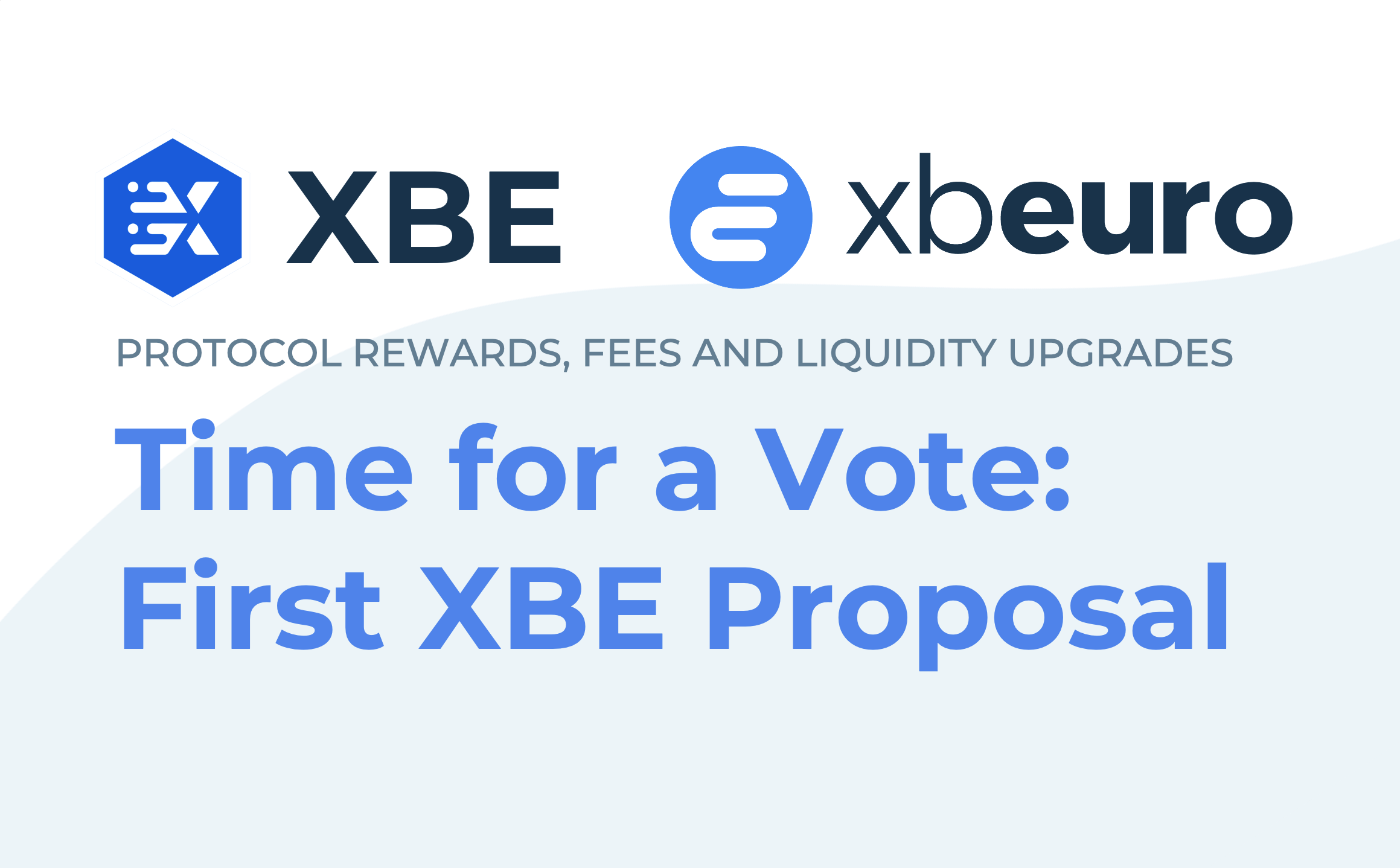 Voting on the first XBE Proposal will be done via snapshot.org, and starts 21 May and ends 28 May!